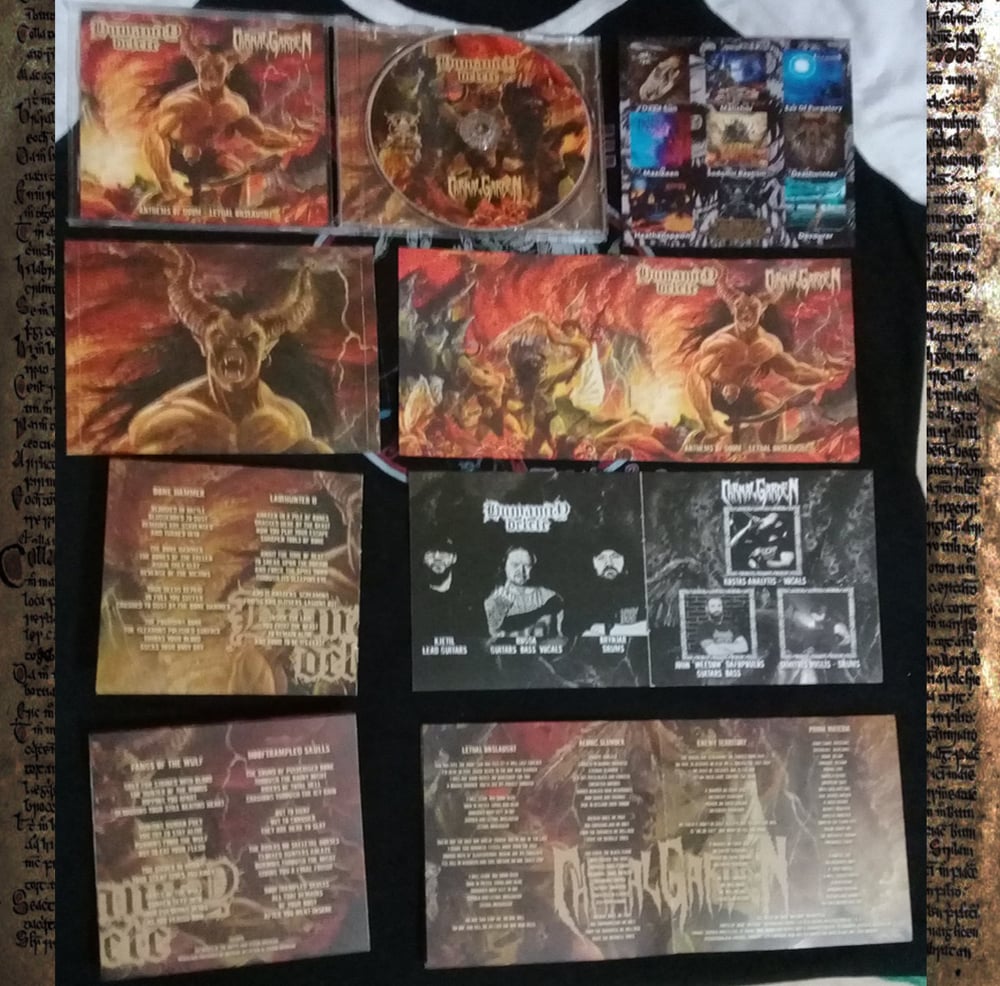 Humanity Delete the sounds definitely mesh with the gruesome savagery of the words. The music rips and roars with blood-rushing and blood-spraying energy. There’s a grim, dismal atmosphere to the melodies that course through the veins of the track, and the growled words come from a throat that sounds clotted with congealing ichor

Horror oozes from the song, the seething riffs and raw, braying vocals conveying a sensation of bloodthirsty madness, while the skull-thumping drumbeats and spine-shaking bass lines pull the trigger on your autonomic muscle reflexes. When the cadence slows to a morbid slog and the riff segues to a vibrating moan of misery, doom descends in the agony of death