Dig Me No Grave - Under The Pyramids 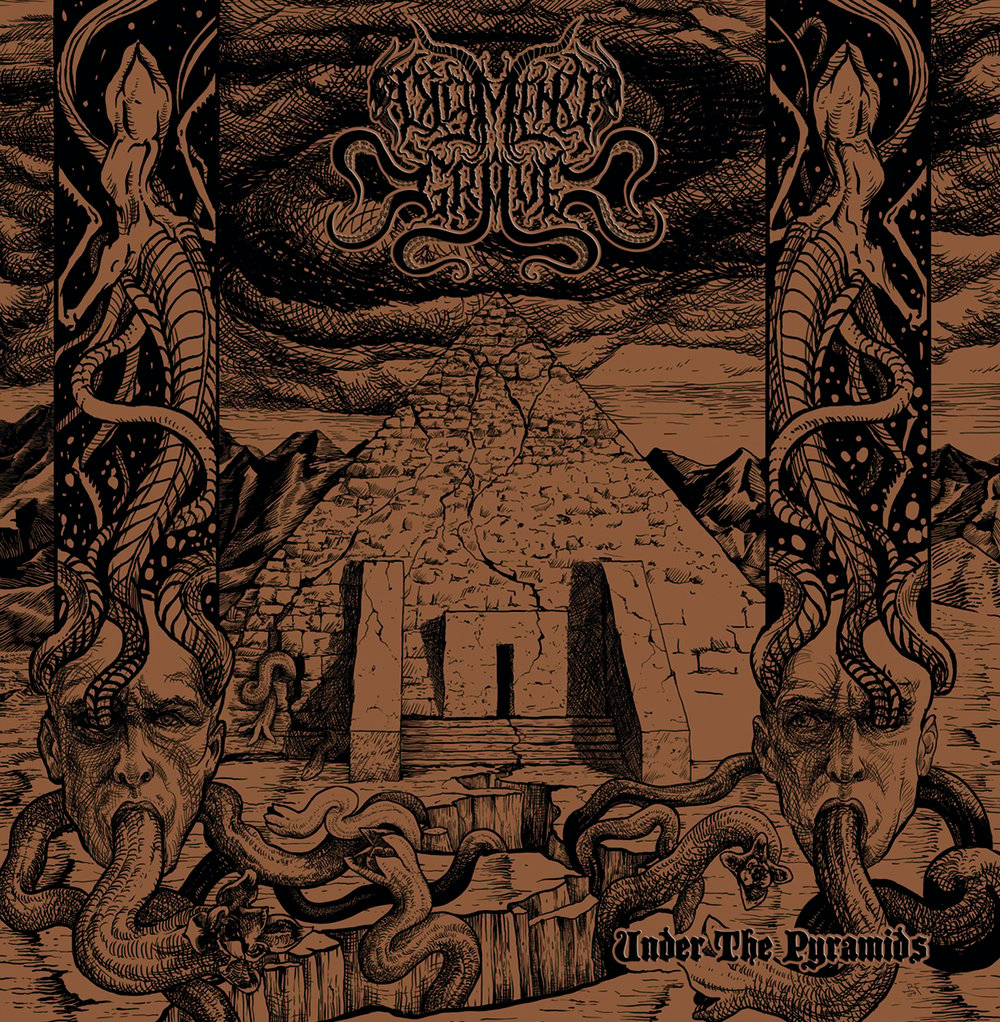 Dig me no grave was formed in June 2010 within separated parts of decayed death-thrash metal projects. All members were born and live in Vologda, Russia. During its existence, the band has recorded demo “From Past Aeons”, which was reissued several times in underground. There were multiple live concerts in its hometown and several other fests like Coyote Brutal Fest (Moscow), Sick Fest (Arkhangelsk), Faces of Death (Moscow) etc. In 2014 band release its debut full length album “Cosmic Cult”. Work on this material was carried out for first 4 years of existence of the band. Music and lyrics of most of the songs were inspired by “Cthulhu Mythos” by H.P. Lovecraft and his followers. At the same time, band release vinyl single "Святилище" (Shrine).
In 2015 band released live 7'' EP "Unholy Worship" which contained 2 new songs and instrumental intro, recorded live on concert in Vologda. Second album “Immemorial Curse” was released in 2017 and received very good reception in underground.
After long 3 years and some line-up changes, Dig me no grave ready to present its third long-play: “Under the Pyramids”